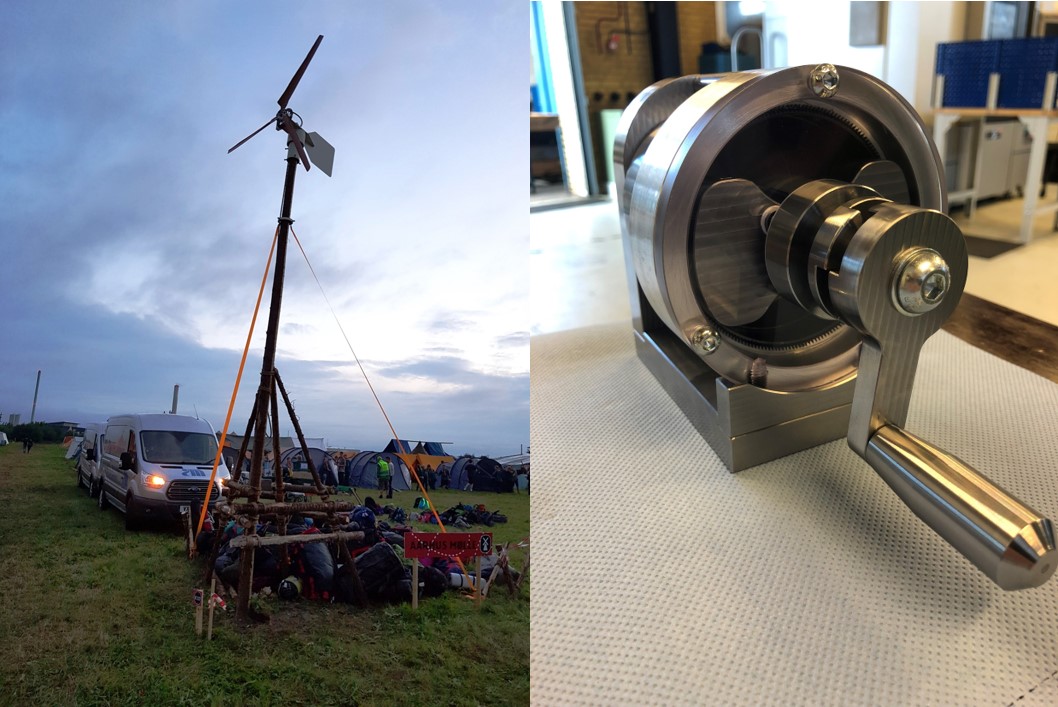 New challenges on a daily basis and the opportunity to take his interest in scouting to work with him. These are the reasons why, after a four-year apprenticeship and gaining his certificate of qualification as an Industrial Technician, Niklas Drost Bak Larsen is really happy to have obtained a permanent position at ODIN Engineering.

Lathes and milling cutters for shaping all conceivable components are part of the production of customised machinery for our customers. 21-year-old Niklas Drost Bak Larsen is completely ready at operating any of ODIN Engineering’s many machines.

”There are always new workpieces due for production at ODIN. And they are very different. I often have big workpieces, used e.g. as frames and larger machine components. These can be e.g. up to eight by three metres in size. And then I also produce really small workpieces of 10 millimetres as fittings and screws,” he says.

Niklas Drost Bak Larsen really values the varied nature of the workpieces, which in practice means that he has worked with many different machines during his apprenticeship with ODIN and is set to continue doing so in his new day-to-day work as an Industrial Technician on a permanent contract.

”I don’t always know in advance which machine I will be operating and I really do get around ODIN’s various departments. It makes my day-to-day work interesting and unpredictable,” he says.

Each day brings a new challenge in industrial technology

Niklas Drost Bak Larsen thinks that, on the whole, the best thing about working at ODIN Engineering is that each day he gets to experience new challenges in the workplace.

”ODIN is really committed to ensuring that their apprentices are happy and developing their skills. As the production is running every day, as an apprentice, you are given a lot of responsibility,” says the former apprentice.

He relates to the occasion when ODIN Engineering did not have enough qualified skilled workers to operate a Zayer milling machine, which is used to processing large items.

”Because there wasn’t a skilled worker who knew the milling machine, it was me alone who operated the machine for a while. It was a huge challenge, and I learnt an incredible amount from having to find new production solutions on my own,” he recalls.

Wind turbine for scout camp was built at ODIN Engineering

When Niklas Drost Bak Larsen is not at work, he spends much of his free time scouting. And his work for ODIN Engineering can also be put to good use when he pulls on his green scouting uniform.

Prior to the most recent big national camp for 38,000 scouts, Niklas Drost Bak Larsen was given the task of building a wind turbine. It was a task he was well-placed to accomplish in the production area at ODIN Engineering:

”We were given the task of building a wind turbine as a landmark for our municipality. I accepted the task, as I could turn and mill most components for the turbine at ODIN,” he says, adding:

”Being a scout really means a lot to me. For many years it has shaped my personal development, and so it’s simply fantastic that I can also use the specialist skills I have learnt at ODIN.”

And Niklas Drost Bak Larsen is going to carry on developing those specialist skills. In July, he joined ODIN Engineering as a permanent Industrial Technician.

”I’m pleased to be continuing at ODIN where I will be able to learn even more. I’ll presumably have slightly more set routines operating the same machines, so I won’t be getting around as many different departments. It will also probably mean that I take on more responsibility in production.”

ODIN is really committed to ensuring that their apprentices are happy and developing their skills. As the production is running every day, as an apprentice, you are given a lot of responsibility.