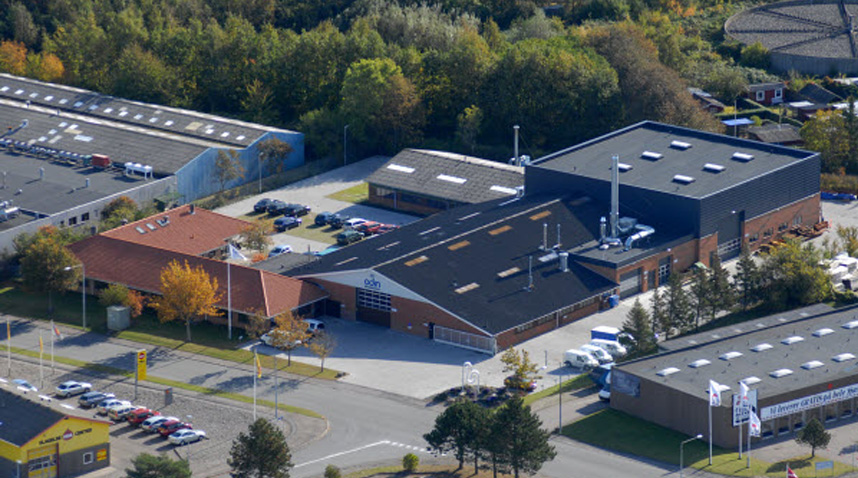 5,088 m2 production, development and office facilities
In the first years ODIN consisted of two employees with modest production facilities. After a short time the company expanded with a design department in the nearby henhouse.

In 2012, ODIN acquired the neighbouring property of 840 m2, so that production, development and office facilities were expanded to 4,100 m2.

In 2019/2020, ODIN expanded its area by acquiring another neighbouring property as well as a narrow strip of grass from the municipality. In total, ODIN now has 5,088 m2 of production, development and office facilities.

A leader in advanced technology
ODIN Engineering has always been among the leaders in advanced technology. We have used PLC control systems since 1974, CNC machines since 1984, and in 1989 the first plant with AutoCAD was installed. It is important for us to always stay up to date on new tools, technology and software, so that we use the latest software and tools when developing and manufacturing our solutions.

We’ve developed custom machinery since 1961, and we haven’t yet given up on a task.

Peter wanted to become a metal worker, but a meat hammer changed his plan

Peter has been an apprentice industrial technician for almost four years at ODIN Engineering. He actually wanted to become a