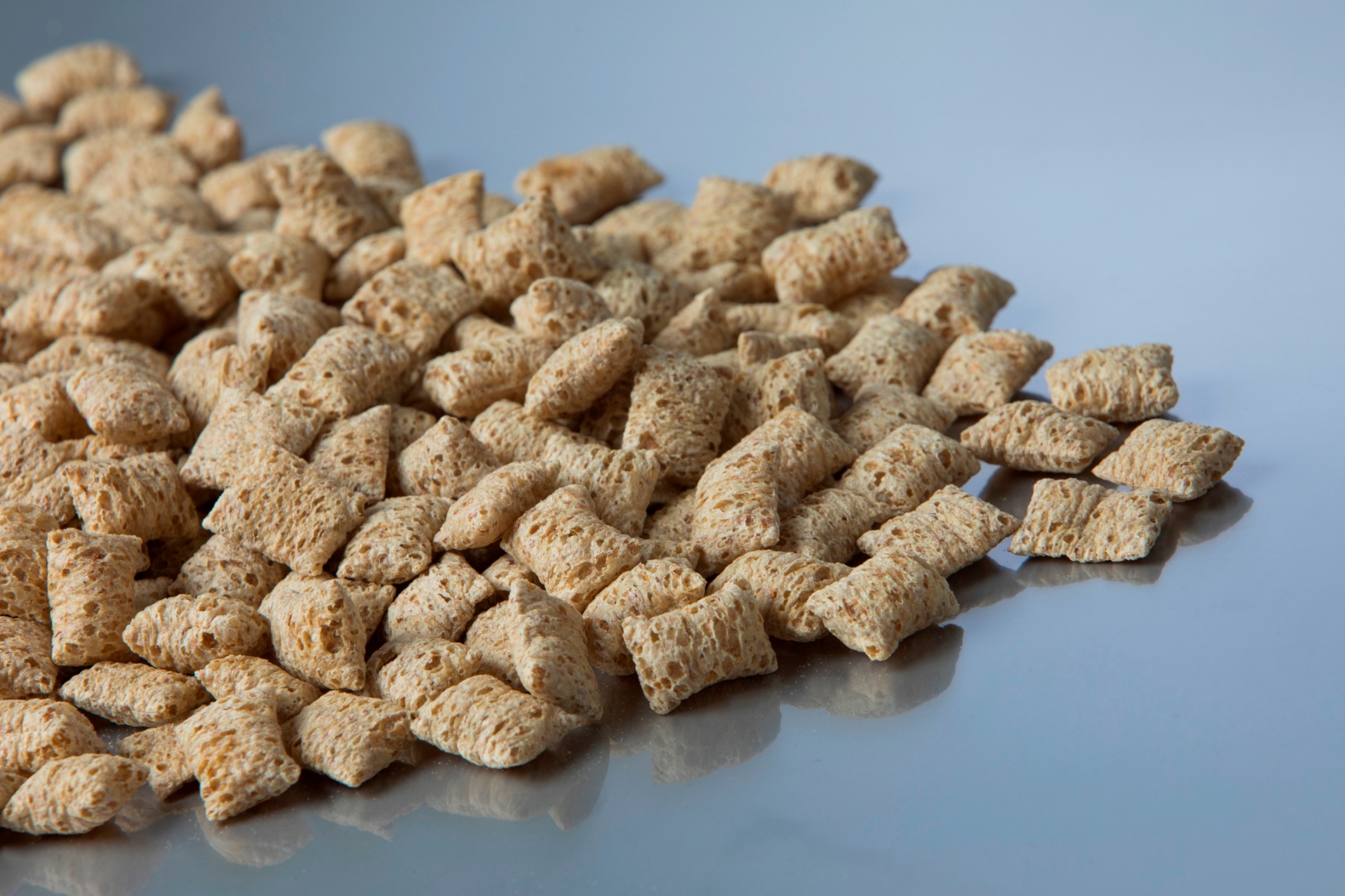 HAVREFRAS – Machine runs without a hitch for 16 years

When Nakskov Mill Foods (NMF) was to establish a new and larger processing plant for HAVREFRAS back in 2004, ODIN Engineering was given the task of building the special-purpose machine that cuts the tough, fibrous dough into small pieces. A hard work that the cutting machine still performs continuously and with minimal maintenance.

The known breakfast products HAVREFRAS and MINIFRAS are produced at NMF in Nakskov. For HAVREFRAS alone it is about 60 tons or 160,000 packages per week. It goes without saying: The machine that can handle and cut the tough, fibrous dough that the fluffy HAVREFRAS cushions are made of, is not a machine that you can order in any kitchen shop.

“For many years, ODIN has been known here with us for being able to supply very advanced machines and equipment. Therefore, it was also natural to ask them to develop the cutting machine for HAVREFRAS, ”says NMF’s factory manager Flemming Nielsen.

A simple solution to a complicated task

“It’s important for us that the dough is cut in the right lengths and is closed at both ends at the same time. This practice is quite complicated, ”says Flemming Nielsen and adds that ODIN has solved the task with two bearing-suspended rollers running against each other, one having a set of longitudinal knives:

“When you see the plant, you think that of course it should look like this!”

To find this simple and very reliable solution, ODIN Engineering spent time examining the machine that the factory already had in operation for the production.

In addition, ODIN Engineering’s developers listened to the challenges that NMF experienced with the old machinery. These experiences went a long way back, as the production of HAVREFRAS starts in 1959 on a plant, of which only the drawings remain.

The second generation of the cutting plant was built in 1983, moved to England in 1989 and back to Nakskov in 1995, after which it was completely renovated with the help of a local supplier in 1996. This cutting plant was nicknamed HF1.

The new and larger HF2 plant from 2004 is thus the third generation and the one which ODIN Engineering supplied two cutting units for. The plant was built based on the ideas from 1996, but it was improved, and some new developments were implemented.

“Together with ODIN we found a solution, which means that the HAVREFRAS machine has run with minimal maintenance continuously from Monday to Friday since 2004,” says Flemming Nielsen.

According to the factory manager, the HAVREFRAS machine works impeccably as long as it gets new support springs once in a while, things that one should expect at normal wear and tear:

“Normally, we expect factory equipment to be worn-out after 10 years, but the HAVREFRAS machine from ODIN is still running perfectly after more than 15 years. And it’s never ODIN’s equipment that’s responsible for any production stoppages, ”he says.

“We were allowed to develop and produce a really solid solution with all the materials for the machine selected from ‘the top shelf’. This means that the machine can withstand the tough fibres in the dough for “HAVREFRAS,” says CEO Mads S. Rasmussen from ODIN Engineering and adds:

“It wears the machine in the same way as a knife that becomes dull from cutting a lot in paper. Moreover, the bearings of the machine were a focus point for us.”

“It’s a pleasure to cooperate with customers who are not only interested in setting up the cheapest production, but also estimate the lifetime cost of their production,” says Mads S. Rasmussen about the cooperation with NMF. At NMF they appreciate being able to call ODIN Engineering for the truly special tasks:

“We use them for really special tasks, and this is obviously part of ODIN’s DNA,” says Flemming Nielsen and adds:

“ODIN is known for delivering special-purpose machines and complicated equipment that just works and is durable and reliable. Not everyone can. After all, you need to have the necessary competencies as well as a good grip of project management when it comes to the development of the machines – a grip of the constructions, design, machine components, power as well as control. ODIN masters all of this.”