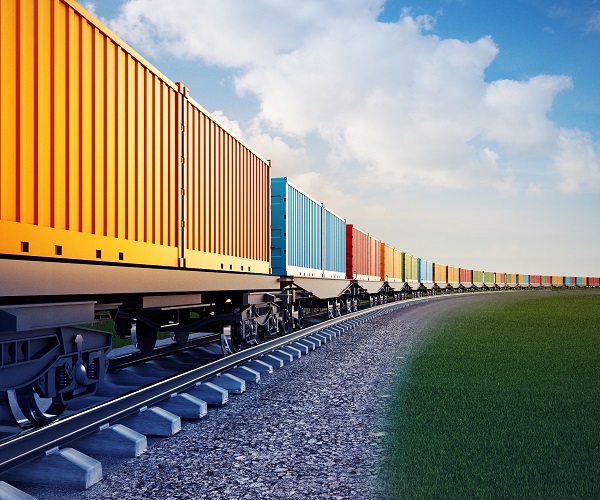 Ten containers filled to the brim with sophisticated manufacturing equipment developed by ODIN Engineering have reached their destination in Asia. In a few weeks, the equipment will constitute a fully functioning high-tech factory.

“It’s a matter of quality. We are specialised in producing sophisticated special-purpose machines. Our solutions and our quality are unique.” Mads S. Rasmussen, ODIN Engineering CEO, explains why a factory in Asia made the decision to have equipment manufactured on the other side of the globe, adding that only very few suppliers worldwide are capable of producing the kinds of machines offered by ODIN.

From ODIN Engineering to Asia by train

The ten containers filled with machines were transported to Asia by train rather than by cargo carrier, the customary means of shipping.

Project Manager Henrik Buhl Lauritsen explains that “train transport was the fastest option, and for the customer, a short delivery time was a priority.” It took four weeks for the machines to get from the ODIN facilities in Slagelse, Denmark, to the destination. “In reality, however, the transport time was three weeks as customs formalities in the destination country took a week.”

For Project Manager Henrik Buhl Lauritsen, the project was a first. Joining ODIN in December 2018, he led a particularly exciting expedition for the machines.

“Prior to this project, I had never been to this part of Asia on business. Asia is a stunning part of the world, and it’s fascinating to watch the equipment we produced turn into a fully functioning factory.”

Lauritsen looks forward to many more projects of this kind and hopes some of them will take place in Asia.

“This is a typical ODIN Engineering project. We custom make industrial equipment and deliver it anywhere in the world – on time. That specialised service and the quality of the equipment are the cornerstones of our business. It will be interesting to see what kinds of machines we’ll be developing and manufacturing in the future – and for what part of the world.”

It’s a matter of quality. We are specialised in producing sophisticated special-purpose machines. Our solutions and our quality are unique.