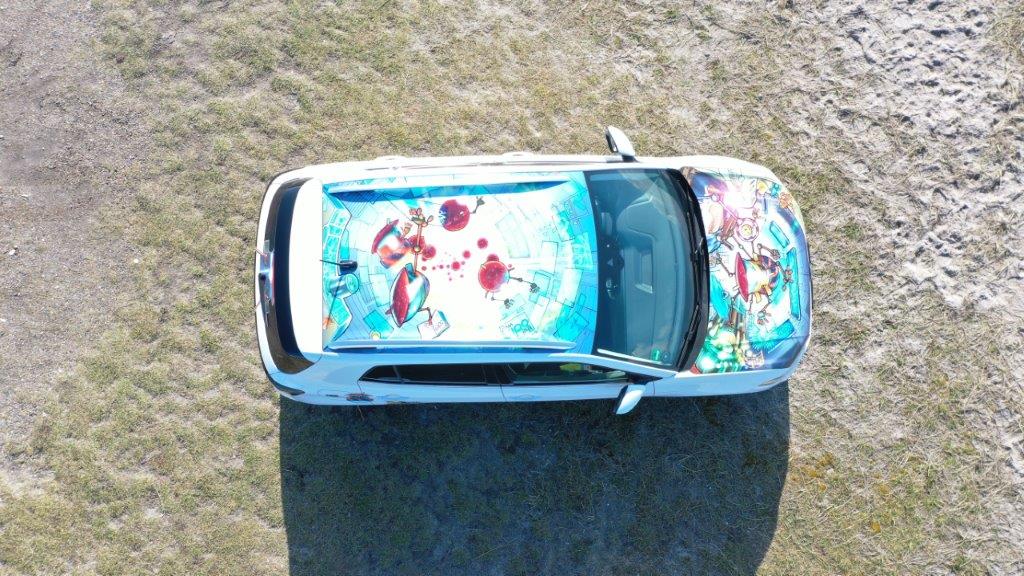 NIDOs tell the story of ODIN Engineering on the road

How do you decorate the assembly and service cars so that customers and those who see ODIN’s cars in traffic get a surprising experience?

While at the same time telling about how ODIN Engineering succeeds in manufacturing and commissioning business-critical machines in a class of their own?

The answer is, ODIN does it with a NIDO!

“A few years ago, I teamed up with local creative forces to find out how we could decorate our cars in a different way,” says CEO Mads S. Rasmussen, ODIN Engineering, elaborating:

“We invented the NIDO, which is an abbreviation for Nerds in Daily Operation. Linguistically alert people will be able to figure out that it’s ODIN spelled backwards. However, there’s nothing backwards about our little mascot. On the contrary, the NIDOs express what ODIN’s team stands for.”

NIDOs can take several forms depending on the tasks. They are characterised by being self-propelled, hard-working, focused, very communicative, adaptive, extremely knowledgeable and they rarely touch the ground.

They have an internal interference-safe communication system assembled in a top-mounted helmet antenna. Incidentally, the helmet can be tilted and rotated in all directions for optimum performance. The helmet also contains various accessories, such as a magnifying glass.

A NIDO standard multi tool is mounted in all NIDOs. It includes drilling machine, welder, screwdriver, voltmeter and much more. Additional tool bags can be mounted as needed.

Self-propelled and on the road

In principle, all NIDOs are self-chargeable, but they also have a plug for peak load situations, where artificial respiration power is required.

NIDOs run on a secret fuel. The NIDOs are kept flying by an electromagnetic anti-gravity propulsion system located in the lower part of the NIDO. The dimensioning determines whether it is a power NIDO or a connoisseur NIDO.

The electromagnetic anti-gravity propulsion system is only visible to trained observers. All NIDO’s Bible is the same: THE ODIN WAY.

“When we changed business identity and design, the NIDOs were leaving our manual. But that was clearly a mistake. Although designed for fun – and to show we’re different, the NIDOs tell in a humorous way about ODIN’s values, competencies and approach to the tasks,” says Mads S. Rasmussen, continuing:

“The NIDOs have come to stay. We constantly get comments from customers and friends of the house, who notice our cars and the funny stories the NIDOs tell. We must recognise that the NIDOs are just as durable as the business-critical machines we develop and build here at ODIN.”

Watch more about our NIDO cars in the video here. 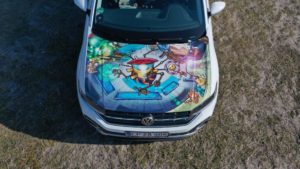 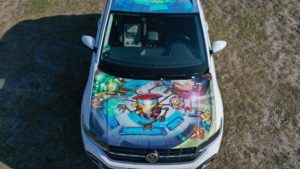 “We constantly get comments from customers and friends of the house, who notice our cars and the funny stories the NIDOs tell. We must recognise that the NIDOs are just as durable as the business-critical machines we develop and build here at ODIN.”

Jan Helskov Hansen is a new member of our board of directors. We look forward to benefitting from his background

At ODIN Engineering, we have a long tradition of challenging and qualifying apprentices and equipping them with the best further

We at ODIN Engineering have made a 1,000-piece jigsaw puzzle with a design from our regular team-building day; it was

When the crisis strikes, ODIN Engineering pulls together

The coronavirus crisis has left its mark on ODIN Engineering, creating an entirely new daily round for both employees and

ODIN Engineering is known for developing new, innovative, business-critical special-purpose machinery of a high quality. Therefore, we are taking an

ODIN Engineering during the Covid-19 crisis

ODIN Engineering closely follow the guidelines of the Danish government during the Covid-19 crisis. These guidelines can be found (in

The caliper is an indispensable tool used every single day in the production at ODIN Engineering. It is a basic

“ODIN handles the situation seriously and follows the guidelines issued by the Danish government. No one has tried this situation