Mads Strøjer Rasmussen is the third-generation owner and CEO of ODIN Engineering in Slagelse, which develops solutions and special machines for industrial companies. He is an atypical business leader with an exceptionally high drive. The 15th of May he turns 50.

When he talks about his childhood in Slagelse, Mads Strøjer Rasmussen sounds like a typical boy from the provinces who was restless and tired of school.

“I couldn’t sit still as a child. I was a fireball and a troublemaker. In addition, I was interested in technology at a fairly high level, which didn’t make many friends. When I was eight years old, my mother made me join the Boy Scouts in FDF, she probably hoped that it could calm me down a bit and that I would find some friends.”

Bearing in mind that he is today the CEO of a successful and highly specialised machine factory, you can sense the success story, a development journey where part of his wildness was eventually tamed, and he became a business leader.

Mads, who turns 50 today, is the third-generation owner and CEO of ODIN Engineering in Slagelse, and even though he has ended up at the top, he is still the same person he has always been: a live wire with technical insight like few others as well as an incredible drive. Mads is an atypical business leader. If you want to understand why, you have to know his nature and upbringing.

A world of machinery and technology opens up

In 1977, Gorm Rasmussen, Mads’ father, took his then six-year-old son Mads to ODIN Engineering on the outskirts of Slagelse for the first time, perhaps also because his mother, Ellen, needed some rest. The encounter with the machine factory of which his father Gorm was CEO, and which his grandfather, Niels, had established in 1961, turned out to be absolutely crucial to his life. At the time, he had difficulty adjusting to school and everywhere else he came, and he describes himself as a child of diagnosis.

“My father was in the same way; he was also a difficult child at school. He blew a physics classroom to pieces. And I have two boys who have ADHD, so it runs in the family.”

But where in other contexts he was unruly and found it difficult to control his energy, ODIN Engineering became a sanctuary and a playground where he spent all his hours studying machines and components. Despite his young age, he quickly gained an incredible insight into the technical world, especially because his father shared his knowledge and enthusiasm for technology and machines.

“I could hear the difference between a long-nose and a short-nose lorry from Scania, and I was interested in how the municipality laid the natural gas supply for the citizens. I visited farmers and fishers with my father on weekends and summer holidays to service machines and thus gained insight into the work with ODIN’s customers, where I was also allowed to come along to hold and pick up parts in the van” he says and adds:

“The worst that could happen was when my father said I couldn’t come to ODIN for a week because I’d made trouble.”

In 1986, Mads began as an apprentice at Nilpeter, which produces printing machines. He got the highest marks on his apprentice certificate, and at the same time he memorised the English manuals for the CNC machines. He almost became a walking encyclopedia of technology. When he got off from work, he went 400 meters down the road to ODIN, and took the evening shift. When he had a little free time, he optimised the basic parameters of the CNC milling machines in the factory without asking anyone for permission.

Mads joined the army after finishing school and was part of the engineering troops in Aalborg. Subsequently, he volunteered for the sergeant school and eventually took a leadership course. After two years in the army, he started as engineering student in Odense, where he graduated as a mechanical engineer in 1999. After a few years at Rockwool, he returned to ODIN Engineering in 2001, where he has been ever since.

Dedicated as few others

The path Mads went on when he took his first steps in the machine factory as a six-year-old, he has never left. The passion for machines, technology and the family business is part of his DNA, and he is dedicated to his field of work as few others. Just ask his wife of 22 years, Birgitte Aksglæde Rasmussen.

“When I first met Mads, I thought that he was a person who could never sit still. He was busy with all sorts of things, and he had probably no time for a girlfriend. Since then, ODIN has taken most of his time. I’ve often joked that I’m not afraid that other women will steal Mads. ODIN has always been my biggest competitor,” says Birgitte continuing:

“I try to be understanding and supportive, but I also make sure that it does not get out of hand. Mads must be forced to take time off, and he’s a perfectionist with his work, and we try to change that to take care of him, but it’s almost against nature for him to put ODIN aside.”

The two met each other through the FDF scouts. Nature and the free life in the forest is one of the places where Mads can relax, Birgitte reveals, and sometimes she goes with him. Hunting is also one of his passions, mostly because he can sit and look out over a meadow for several hours at a time and watch nature awake. In addition, Birgitte and Mads have just bought his old FDF hut. Among other things, they will use it to introduce young people to nature and the outdoor life that Mads has enjoyed so much since he was a boy.

Mads knows his machine factory down to the smallest screw, and he has sort of done so since he was a boy. At the end of primary school, he programmed CNC cutters and lathes to give the operator a morning greeting when turned on, and to carry out start-up and calibration itself via a code so that you did not have to press a lot of buttons. It has always been in the cards that one day he should take over the company. But the generational change was not entirely easy. It dragged on both due to legislation and our intense focus on machine building.

When the generational change was completed, Mads made a decision that ODIN Engineering should be run by more people. “Fortunately, I’ve realised that I have to be careful not to influence the culture too much with my style. I’ve a high commitment and an even higher pace, so it’s important to have someone who can keep ODIN on the ground”.

Therefore, he has established a professional board and a management team with competent people, so he does not have to have an opinion on everything. Instead, he contributes to the business and especially in the daily operation as a mentor and technical motivator. And he has found that things work really well this way. Although he has changed the management direction at ODIN, he still adheres to several of the former principles of ODIN:

“ODIN does not have to be a flashy company. ODIN achieves its good customer relationships on the basis of a reputation for being a loyal and valuable partner for industrial companies. The important thing is not whether the profits go up above the clouds. What’s important is that there are half a hundred employees who are proud to be involved in developing completely unique and business-critical machines for our customers, who expect a well-thought-out and unique solution for their production and company. That ODIN is a playground for smart, practical people, that’s what counts the most for me.”

Mads makes no secret of the fact that he takes care of his valuable employees, whether it is a manager or a floor sweeper. It is important for him to show confidence and back them up, even if they make mistakes. It stems from the fact that in his young days he himself has experienced stepping out of line and still getting a chance. For the same reason, Mads has several times taken young people into the company, who have had difficulty adapting to school and elsewhere. But they have been given a chance at ODIN Engineering, seized it, and become valued employees over time. There must be room for mistakes and to learn from your own or other people’s mistakes. This can only be done if we have the latitude in the company to become better, more skilled, and to bring out the best in each other. And that applies whether you are a manager, salaried employee, hourly paid or young worker. During the first corona lockdown, Mads drove around to each and every employee with a puzzle with the entire ODIN team as motif, a bag of sweets and a personal greeting. He also sent daily updates by e-mail about what happened at ODIN, and the employees also provided input as to what they were doing at home. A super nice interaction that makes any business owner proud.

Mads and Birgitte have two boys. One of the sons, Magnus, may be following in Mads’ footsteps. In any case, he is in the process of the EUX education, and he is an apprentice at Nilpeter, as Mads was. But it is unknown whether Magnus will one day take over ODIN Engineering.

ODIN does not have to be a flashy company. ODIN achieves its good customer relationships on the basis of a reputation for being a loyal and valuable partner for industrial companies. 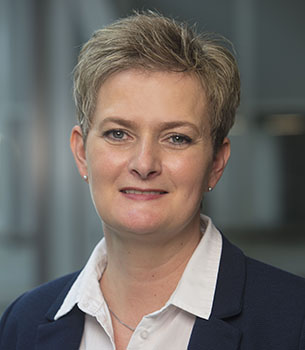