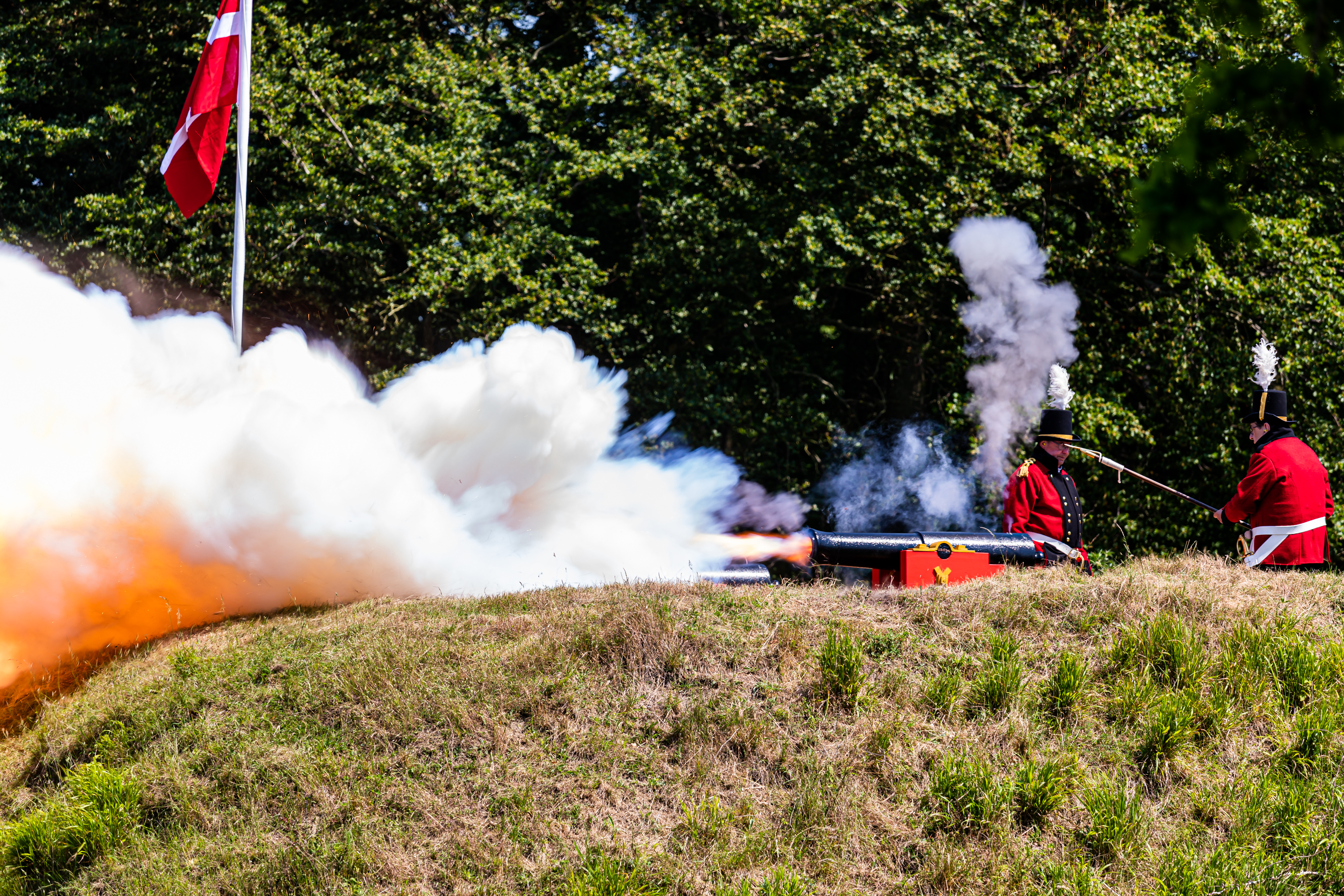 For more than a year, ODIN Engineering provided premises for the restoration of three cannons for Stigsnæs Coastal Battery, which dates back 210 years to the English War.

The three rusty twelve-pound cannons were brought to life after original drawings from the Danish War Museum. The cannons were ready for the re-inauguration of Stigsnæs Coastal Battery on Constitution Day in 2019.

Back in December 2017, three rusty cannons were moved from the fortification at Stigsnæs Coastal Battery in Skælskør to be cleaned and restored to be ready for new carriages, so-called ”rapperter” of oak from Borreby Gods.

Since February 2018, former CEO Gorm Rasmussen and retired ship carpenter Jan T. Sørensen and retired master carpenter Carl-Emil Frederiksen have brought new life to the three cannons. The goal was to make them ready for the re-inauguration to recreate the history of Stigsnæs Coastal Battery.

Restoration of cannons at ODIN Engineering

How do you get decades of soil, stones and dirt out of three cannon pipes? This was the first challenge for the “cannon boys”, as they had to sandblast and then restore the cannons at ODIN Engineering. Stones, beer cans and impurities were removed from the cannon barrels, after which they were cleaned for soil. Subsequently, they worked hard on the restoration and construction of new carriages for the cannons in the workshop at ODIN Engineering:

“Gorm and the carpenters have been working intensively on the cannons at ODIN. They have transformed 150-year-old oak from Borreby’s forests, which was cut five years ago and put to dry to three new cannon carriages.

“New iron fittings have also been made for the cannons, the cannon barrels have been mounted in carriages, and the cannon pipe has been painted black, so it has become nice and shiny. ”

In May 2019, the newly restored cannons were transported back to the fortification of Stigsnæs Coastal Battery. Thus more than one year of work on restoration and refurbishment at ODIN Engineering ended.

Great collaboration in the workshop

The collaboration between Gorm Rasmussen and the carpenters has been successful throughout the project.

“We enjoyed ourselves and had a great collaboration. We have worked hard and concentrated in all 1,500 working hours during the year. Furthermore, we were fortunate to get a corner in one of ODIN’s machine halls, and yes we also had to move around depending on the pressure of work at ODIN Engineering. That was the terms. So we’ve been where there’s been room for us,” says Gorm Rasmussen, who eight years ago passed the baton as CEO at ODIN Engineering to his son Mads S. Rasmussen. In this way, Gorm has been given more time for his great passion for gunpowder, bullets and historical weapons.

The retired professionals could each contribute an area of expertise. Jan Sørensen was able to offer his experience in building cannon frames and carriages. Carl-Emil Frederiksen was responsible for the cannon carriages and for building a crew room and a powder house at Stigsnæs Coastal Battery. As a cannon expert, black-powder gunner, and historically interested, Gorm Rasmussen was able to contribute the historical accuracy and rendering of the project, ensuring that the restoration of the cannons was as period as possible.

Stigsnæs Coastal Battery has now been re-established, almost as it looked, when it was fully manned and in use from 1808-14 during the English War.

At the re-inauguration of Stigsnæs Coastal Battery, everyone was invited to inspect both cannons and battery. Gorm Rasmussen was among several wearing the period uniform and was able to proudly show the cannons.

The three cannons were loaded and fired with six loose cannon shots with associated smoke from the cannons. The booms of the cannons vibrated for a long time and was reportedly heard all the way to ODIN Engineering in Slagelse.

In addition to the cannons, a crew room and a small powder house were rebuilt, designed in accordance with 18th century construction and built on the original locations.

With the re-inauguration of Stigsnæs Coastal Battery, the cannons can shoot loose gunpowder out over Agersø Sund on cultural occasions. In the future, it is possible for students and tourists to be taught local European history. 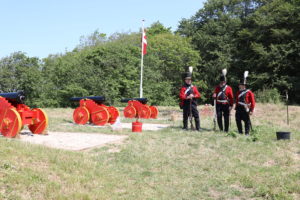 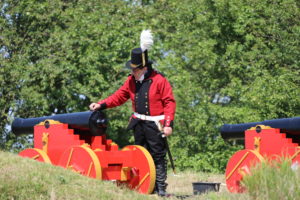 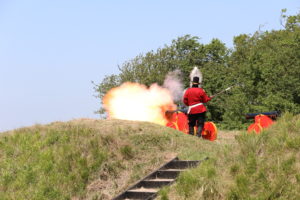 “Gorm and the carpenters have been working intensively on the cannons at ODIN Engineering. They have transformed 150-year-old oak from Borreby’s forests, which was cut five years ago and put to dry to three new cannon carriages.”